Three cases of the new Omicron mutation that has been circulating in many countries have been found in Israel, the Ministry of Health said on Sunday.

Scientists say that the variant – called BA.2.75 – could spread quickly and bypass the immunity of vaccines and previous diseases.

It is not known whether this new subvariant can cause more severe disease than the Omicron mutation, including the world-famous BA.5.

All three cases were found in immigrants. One of the infected is from India and the other two from France, the ministry said.

“The Ministry of Health will continue to monitor the situation and change people accordingly,” he said.

According to the latest information from the Ministry of Health, 4,357 people were tested positive for the virus in Israel on Saturday, with a test result of 36.71%. Currently there are 435 patients who are critically ill. The virus has killed 11,168 people living in Israel since the beginning of the epidemic.

Observers – worth keeping an eye on BA.2.75 – more and more evolution, possibly a second-generation variant, rapid growth and regional expansion…https://t.co/sY0edKoQHX

It is currently difficult to detect cases of coronavirus in people arriving in Israel, since the country stopped requiring incoming travelers, Israeli and foreign, to take a PCR test by May, meaning the true number of BA.2.75 cases in Israel may be higher very much.

Meanwhile, the new trend has become more widespread in India, which was first reported in May.

Named “Centaurus,” the new species has also been found in other countries, including the United States, Canada, the United Kingdom, Germany, Australia and the Netherlands.

“It’s still too early to speculate,” said Matthew Binnicker, chief medical officer at Mayo Clinic in Rochester, Minnesota. “But it looks like, especially in India, the infection rates are showing the same rate.”

Whether it will surpass the BA.5, he said, is unknown.

However, the fact that it has already been detected in many parts of the world despite the low number of viruses “is an early sign that it is spreading,” said Shishi Luo, head of infectious diseases at Helix, a company that supplies viruses. details at the US Centers for Disease Control and Prevention.

Antoine Flahault, director of the Institute of Global Health at the University of Geneva, told AFP that the BA.2.75 outbreak in India showed it to be more contagious than the BA.5 Omicron subvariant, which has been making waves in Europe and the US.

“It seems to be increasing in India – the question is will it become a global problem?”

Flahault added that previous outbreaks, such as the Delta, took hold of the country where they originated, before spreading across the globe. 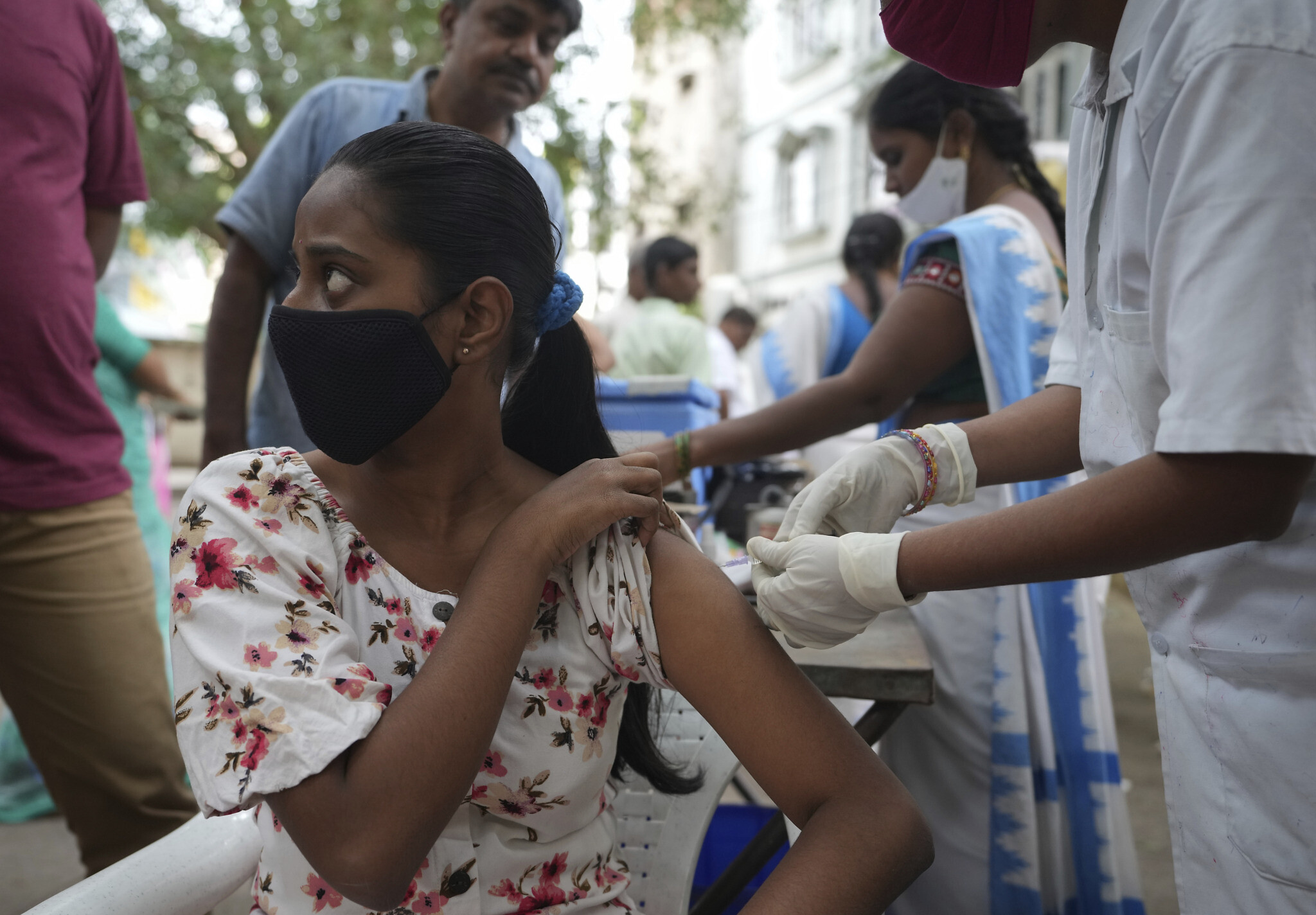 A health worker administers the Covishield vaccine for COVID-19 at a vaccination center in Hyderabad, India, July 15, 2022. (AP Photo/Mahesh Kumar A.)

Meanwhile, a recent study in the UK found the BA.5 Omicron subvariant known to be more infectious and vaccine-resistant than previous strains.

Dr. Gregory Poland, director of vaccine research at the US Mayo Clinic, called the Omicron subvariant “hypercontagious,” and said that there was “very little protection in BA.5 in terms of being infected or having very little disease.”

Last week, the European Union said it was “essential” for authorities in 27 countries to consider a second shot at people aged between 60 and 79 and other vulnerable people, as a new wave of the epidemic spreads. continent.

In the weekly review of the UN health organization on the epidemic of COVID-19, the World Health Organization said that there were 5.7 million new infections that were confirmed last week, which shows an increase of 6%. There were 9,800 deaths, about the same as last week.

You are a devoted reader

We are glad you read it X The Times of Israel news in the last month.

That’s why we started The Times of Israel ten years ago – to give discerning readers like you the must-read news about Israel and the Jewish state.

So now we have a request. Unlike other media outlets, we have never installed a paywall. But since the journalism we do is expensive, we are asking readers to whom The Times of Israel has become so important to support our work by joining. The Times of Israel Community.

Thank you,
David Horovitz, Founding Editor of The Times of Israel in the greater Horn of Africa health crisis