Race to Freedom exhibit features quilt that celebrates World Games sports « The Official Website for the City of Birmingham, Alabama 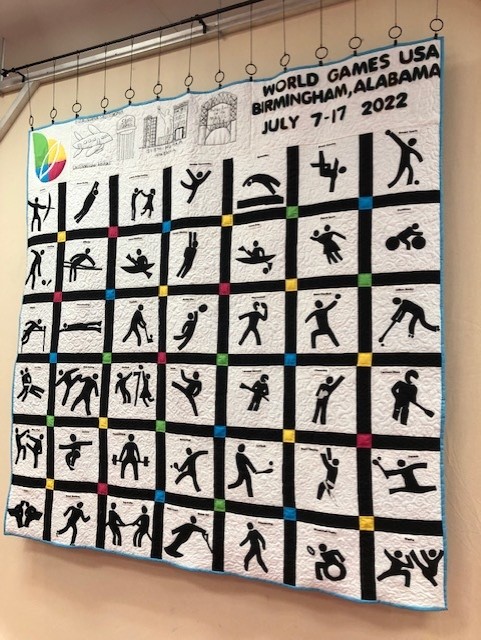 When news broke about the World Games coming to Birmingham, Theresa McGhee Johnson wondered how she could show her excitement for others to see.

So, she did what she did best: she made a quilt.

The Birmingham native started on the quilt in April 2022 and finished it at the end of June. At the beginning of July, the Birmingham Civil Rights Institute included his quilt in his exhibition “Race to Freedom”, which will be closed on July 16. The building focuses on the sports competition and includes pieces of history such as the 1996 Olympic torch from Atlanta, cereal. boxes with African-American Olympians on them, famous memorabilia from Muhammad Ali, Hank Arron, and more.

Johnson’s jersey features 40 different World Series games. She drew each image in her tablet, made the designs, ironed the designs onto the quilt and hand tied around each image to keep it in place. Above the quilt is a banner filled with her hand-drawn pictures of famous Birmingham landmarks including Sloss Furnaces, the Citizens Bank founded by AG Gaston and Vulcan. It also has a variety of World Sports.

“Quilt represents Birmingham, to me,” said Johnson, 69. “I felt great from start to finish working. It was amazing.”

His favorite place is the breakdancing center because he remembers how his children used to breakdance in the backyard when they were young. He also likes the rugby square. Some figures, such as sumo wrestlers and flag football, he was unable to create because he wanted the image to look good. But when he saw that he was stuck, he would just close his eyes and think about how he could change his game.

After returning to work, he mastered the game.

He said: “My family used to give me a time to go to bed every evening so that I could sleep and then wake up at 7 o’clock and do the work.” “My energy was ready to start walking. My friends will be happy to know that I have created a piece of history in Birmingham, AL.” 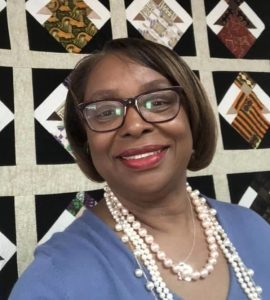 One of his friends, Dee Walker, stepped in to help Johnson create decorative signs for each stadium to display the sport’s name. Walker made the notes and Johnson attached them to the circles.

While making the quilt, Johnson often thought about how she watched the Olympics with her grandmother, who taught her to make quilts when she was 9. And the World Games are very special.

“Running is useful. It’s very quiet. This is what I teach, and this is what I live by,” said Johnson, who is the executive director of the United Community Center in Riley. They teach free classes on Mondays from 2 to 5 pm at the center, located at 3617 Hickory Ave.

The “Race to Freedom” exhibition represents the race to progress and presents the history of African-American athletes and the challenges they faced in their early and professional careers. Doors open at 10 a.m. and will close at 8 p.m. for the show. Last entry to the show will be 7:30 pm Tickets are $10 for adults and $5 for children. Go here for more information. To watch a video of the demonstration, go here.

BCRI will also host STEAM Sporting on Saturday, July 16. For more information on these and other events, visit www.bcri.org.