Emily Ehman on her broadcasting career at the Big Ten Network 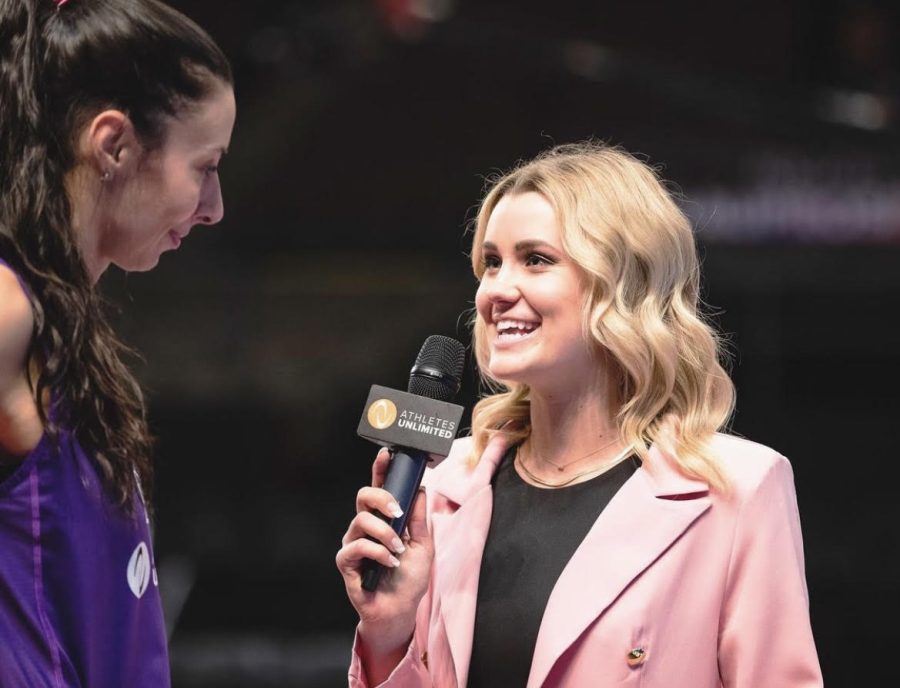 Emily Ehman (Medill ’20) asks the runner. The Northwestern volleyball alum has covered events from the NCAA tournament to the NBA Summer League for the Big Ten Network.

Organizing students and volleyball, Emily Ehman (Medill ’20) He wasn’t able to throw himself into student broadcasting until his senior year at Northwestern.

His journalistic career has not slowed down since then. A broadcaster for the Big Ten Network, Ehman has already produced events such as the NBA Summer League, the Orange Bowl and the Women’s College World Series in just two years of his career. The Daily spoke with Ehman to learn about his journey after NU and his experiences in the world of sports.

This interview has been lightly edited for clarity and brevity.

The Daily: How did I make the transition from volleyball to professional sports?

Emily Ehman: (After graduation), I realized that I had been applying for jobs that I didn’t really want. I decided one day to stop doing that and just watch the radio. I wanted to edit (videos) better and be an interviewer and get reps for my reel. I looked at what I knew best; that was Big Ten volleyball. I started an online program in May 2020 called “Big Ten Volleytalk,” and I interview Big Ten players, alumni and coaches about their experiences. I posted it to volleyballmag.com and they picked it up as a digital series, which was very exciting for me to find a platform to launch my career and establish myself as one of the only people covering volleyball at the time.

I got involved with the Big Ten Network because I got into college and I reached out to them and said, “Hey, put me on the show.” They ended up pitching me in February 2021. It was Nebraska-Maryland, and it was the first game I ever pitched and I had no idea what I was doing. They took advantage of me, and it ended very well.

The Daily: What is the day to day at BTN?

Emily Ehman: It depends a lot on the time of year. I have two main jobs. I am a digital professional, where I play football, men’s basketball and volleyball. During the season last year, I got two or three things a week – focused on volleyball. In the fall, I also hosted a digital show called “The Replies,” and we would destroy fun things, whether it was a character’s crazy uniform or a comedy. Fall is daily, and winter, spring and summer are often events and cover things on a large scale.

Part of my job is broadcasting. I’m a commentator on volleyball, which, in the fall, is a crazy time to play two games a week. It doesn’t travel much because we call most of the games from our studios in Chicago.

The Daily: Do you have a favorite BTN moment so far?

Emily Ehman: I made the NCAA volleyball tournament this past year, and Wisconsin and Nebraska were playing so it was good for me to go. (They were) these two strong teams that I’ve been dealing with all season. It was one of the best games in NCAA history – it was a lot of fun. Having the two teams that I’ve been so close to covering during the season and seeing it all come to a head was really exciting. I remember crying afterwards because it was great to see these players doing so well, these coaches I love and seeing how volleyball has grown.

The Daily: At BTN, you created a series called “She Shines,” where you spotlight female athletes. What was the inspiration?

Emily Ehman: As a digital community, much of what we do is highly collaborative. You can sing whatever you want and he’s like, “Absolutely. Do the same.” This was one area I wanted to highlight. I am passionate about pushing women’s sports forward and giving these female athletes and coaches the exposure they deserve. I decided to take one minute each week to choose the person who I am doing the best of the week, whether it is the team that won the race or the athlete that won it. It’s really cool, and I’m grateful for the responsibility that I have to cover our female athletes and try to do more for them.

– Volleyball: Wildcats looking to defeat No. 4 Wisconsin in a home battle at Welsh-Ryan Arena

– Volleyball: Northwestern splits road trip against No. 12 Purdue and Indiana